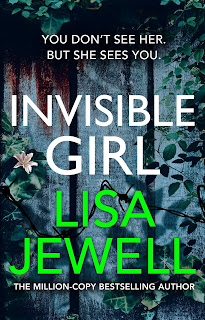 Century | 6 August 2020 | 416 pgs
Source: Library
Saffyre Maddox was ten when a traumatic experience led her into self-harming. Now at seventeen, she'd spent three years seeing child psychologist, Roan Fours, who has later cut short their sessions after he deemed her "perfectly fine" despite her uncertainties. Feeling abandoned and not ready to let go of their therapist-patient relationship, Saffyre decides to watch and follow him secretly and through her observations she's found something more about him and his family. Saffyre is a character whom you'd sympathise with due to her lonely life and her pent-up emotions but fortunately she has an uncle who cares a lot about her although she chose to act happy and carefree in front of him.
On the other end, 33-year-old Owen Pick is a Computer Science teacher who lives in his aunt's spare bedroom. His aunt, Tessa, doesn't think highly of him and their relationship is lukewarm to say the least. Truth be told, Owen is simply a quiet man who does his job diligently and hoping to find a girlfriend and settle down like other people, but his sometimes odd and awkward vibes often give people the wrong impression and thus he is cast as an oddball and a social misfit. His world is then turned upside down when two girls in school accused him for sexual misconduct. Suspended from his job, he uses the free time to find related accusations online and this leads him to Bryn's blog and his dark world of "incel" (in other words, involuntary celibates).
Saffyre and Owen may be two different persons but their world collide after an incident on Valentine's night. It is also that night that Saffyre disappears and Owen becomes the person of interest considering he's the last person to see her alive. What transpired that night and what happened to Saffyre is the core of this story but Lisa Jewell has executed this suspense story well through her writing style and the intricate plot which had held my attention throughout. But that's not all, Lisa has also added a few underlying themes such as abuse, sexual assault, mental health which reflect what our current society is facing today as well as misunderstood perceptions and how people are often quick to judge others at first glance. Despite some revolting issues, I think this book will work great for a group discussion.
© 2020 Melody's Reading Corner (https://mel-reading-corner.blogspot.sg/), All Rights Reserved. If you are reading this post from other site(s), please take note that this post has been stolen and is used without permission.