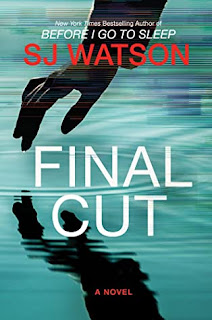 Final Cut is a psychological thriller that explores themes such as identity and memory.

Alex is a young documentary filmmaker on her way to a quiet fishing village in Blackwood Bay to shoot a new film. Her assignment is simple as all she needs is to have the residents to record and tell their own stories; more like an observation of the residents' life and the little things happening around them. Blackwood Bay may look like a quaint village at first glance, but actually there were a few unfortunate incidents that happened ten years ago -- a girl who committed suicide and another two girls went missing. Alex knew about them; after all she knew these girls after having lived there since she was young. She intends to find out more about the mystery behind these girls' fate, though her appearance and her work at Blackwood Bay have already put tension and raise suspicions in the town which is already on edge.

But, there's also some backstory about Alex's past which the reader will find out as the story progresses, like her dissociative amnesia and how her partial returning memories will impact on her findings and have the reader question about her credibility as well as the people surrounding her. What really happened to those girls ten years ago and why is Alex still drawn to the village despite the things that happened there?

Final Cut has a great premise and in exploring the character's traumatised mind and the consequences that follow especially since her findings involve assumptions and snippets of her returning memory, which may or may not reliable, thus enabling her an unreliable narrator in the process. While there's much potential and intrigue in the premise and the beginning of the story initially, the storyline fell flat towards the middle and from there it became repetitive as Alex seemed to be doing the same thing and kept asking questions which no one knew (or were willing) to tell her. With not much resolution in sight, it lost its intensity and momentum and while the pace picked up in the last few chapters, my interest had waned and the ending was meh to me. Overall, I loved the first half of the story, but the other half was simply disappointing.

© 2020 Melody's Reading Corner (https://mel-reading-corner.blogspot.sg/), All Rights Reserved. If you are reading this post from other site(s), please take note that this post has been stolen and is used without permission.
Melody at Monday, July 27, 2020
Share