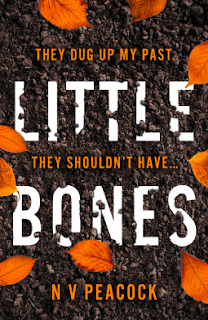 Avon | October 2020 | 400 pgs
Source: NetGalley
Cherrie Forrester seems to be living a lovely life with her charming young son and a boyfriend who adores her. What others didn't know is that she's also the daughter of a notorious serial killer (famously known as Mr Bones) who had been sentenced to jail 25 years ago. Cherrie has reasons not to think about the past not only she's Mr Bones' daughter but also, she feels guilty in helping him in a way by luring the boys into his car. She was eight then.
Cherrie thinks her past and secrets would be hidden safe forever, until the disappearance of a boy and a podcast link them to her father's crimes. Despite Mr Bones is convicted, many people are still intrigued by him and his young daughter, Leigh-Ann. Cherrie tries to remain low profile, but the podcast has doxed her as Little Bones, leaving her both enraged and helpless. To complicate matters, Cherrie's son goes missing during their trip to an amusement park. Cherrie fears someone may seek revenge over the past crimes as she searches frantically for her son while dodging from people's curiosity and allegations that she might be involved in her son's disappearance.
Little Bones started out with a bang and I found the concept and the identity surrounding a serial killer's daughter's was quite enticing from the thrillers aspect but while it has an interesting premise, Cherrie came off as more annoying (in her behaviours) than intriguing for a character and it was a disappointment given that there's so much potential in this story. To be fair, there are a few gripping moments but there are also others that went on a bit too long and repetitive. The ending may not be a surprise to some readers and while this isn't a bad thing, I find it lacks some elements which constitute a great thriller. That said, it was considerably promising for a debut thriller and I'll be curious of the author's next book.
Today is Mid-Autumn Festival day whereby families will gather together, eat mooncakes and drink tea while the children will light up the lanterns as they enjoy their walk under the moonlight. In the past, we used to have paper lanterns but they burn easily if we aren't careful. These days, children are seen carrying battery-operated lanterns and they come in all forms of shapes and designs (of course cartoon characters remain a favourite among children). If you ask me, I'd still prefer paper lanterns. No reason, just because I'm kind of a tradition person, ha. Even for mooncakes, I still prefer to have a piece of traditionally baked mooncake with lotus seed paste among a variety of choices, which ranges from snow-skin mooncakes to different kinds of paste fillings (e.g. durian, which is quite popular among locals). The picture below shows my favourite mooncakes; and I wish I could eat them anytime instead of only once a year (pout). 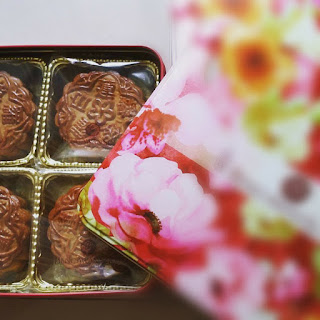 Reading-wise, my progress has been slow and I just finished reading The Drowned Girls by Loreth Anne White. It's the first book of a trilogy featuring Detective Angie Pallorino and gosh, this book is not for the faint-hearted given the subjects but the writing is great. Loreth really pay attention to all the details in her writing and her characters are well-developed and fleshed out. Review forthcoming.
Recently this K-drama has received lots of raves and I can see why. Flower of Devil, starring Lee Joon-gi and Moon Chae-won, is a story between a man with a secret past and identity and his detective wife. I loved the storyline, and most of all, I was captivated by Lee Joon-gi's acting as he had really brought the character to life through his lively performance - action and emotionally wise. I won't say too much about the storyline, just that I'd highly recommend watching this! 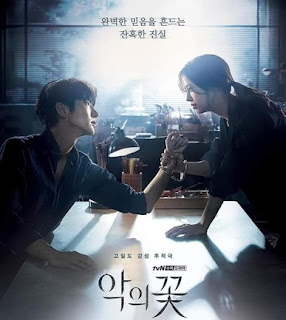 © 2020 Melody's Reading Corner (https://mel-reading-corner.blogspot.sg/), All Rights Reserved. If you are reading this post from other site(s), please take note that this post has been stolen and is used without permission.
Melody at Thursday, October 01, 2020
Share